This site is no longer active.

Due to a formatting glitch, many of the older posts on this site are no longer visible.
If you would like a specific post that is not available here,
email me at info@mlstoughton.com
For up-to-date information check out my website www.mlstoughton.com
Posted by Michaele Stoughton at 6:24 PM No comments:

I'm embarrassed how long it has been since I've posted on this blog.
Thanks for sticking with me.

Wow. I can't believe PLEASANTWICK is almost two years old and I continue to be amazed by the show of love. I think just about every reader I have heard from has stated their want and anticipation for a sequel. And with such expectations, I had my work cut out for me. I didn't want to rush or cut corners just to get something out to you.

With that being said, I apologize for the long wait.

I am so happy with this book.
I think you will be too!
In fact, here is a note from a beta reader.

I am beyond excited to announce
the sequel

will be releasing on


First, here is the blurb:


Two months ago, Melinda wouldn’t have believed witches were real.
Two days ago, she was preparing to start her senior year.
Two minutes ago, her entire life changed.

After the battle with the dark witches, Melinda barely escaped with her life. Now she’s back in Pleasantwick, her true identity has been revealed, and she feels like a lost girl without a home.
Luke isn’t doing much better. Recent events have left him numb, and the empath is afraid to let himself truly feel again. He may break Melinda’s heart if he can’t win the fight in his head.

While emotions run high as Luke and Melinda deal with their inner demons, they have to remember there is something much bigger at stake. The war may be over, but the magical balance has yet to be restored and if it doesn’t happen soon, this could be the end of Pleasantwick as they know it.

With the people of Pleasantwick looking to Melinda, she must make a choice ... accept her destiny and the responsibility that comes with it, or return to her normal life, putting the danger behind her at the cost of saying goodbye to Luke forever.

But will she get to make a choice … or will the dark witches make it for her in one final battle?

And now
for the 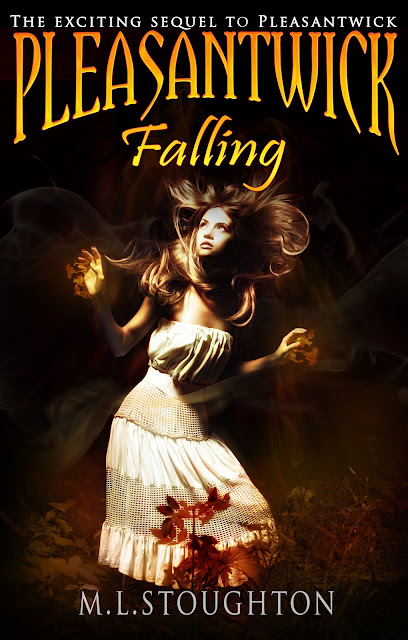 I LOVE IT SO MUCH!


Posted by Michaele Stoughton at 8:00 AM No comments: 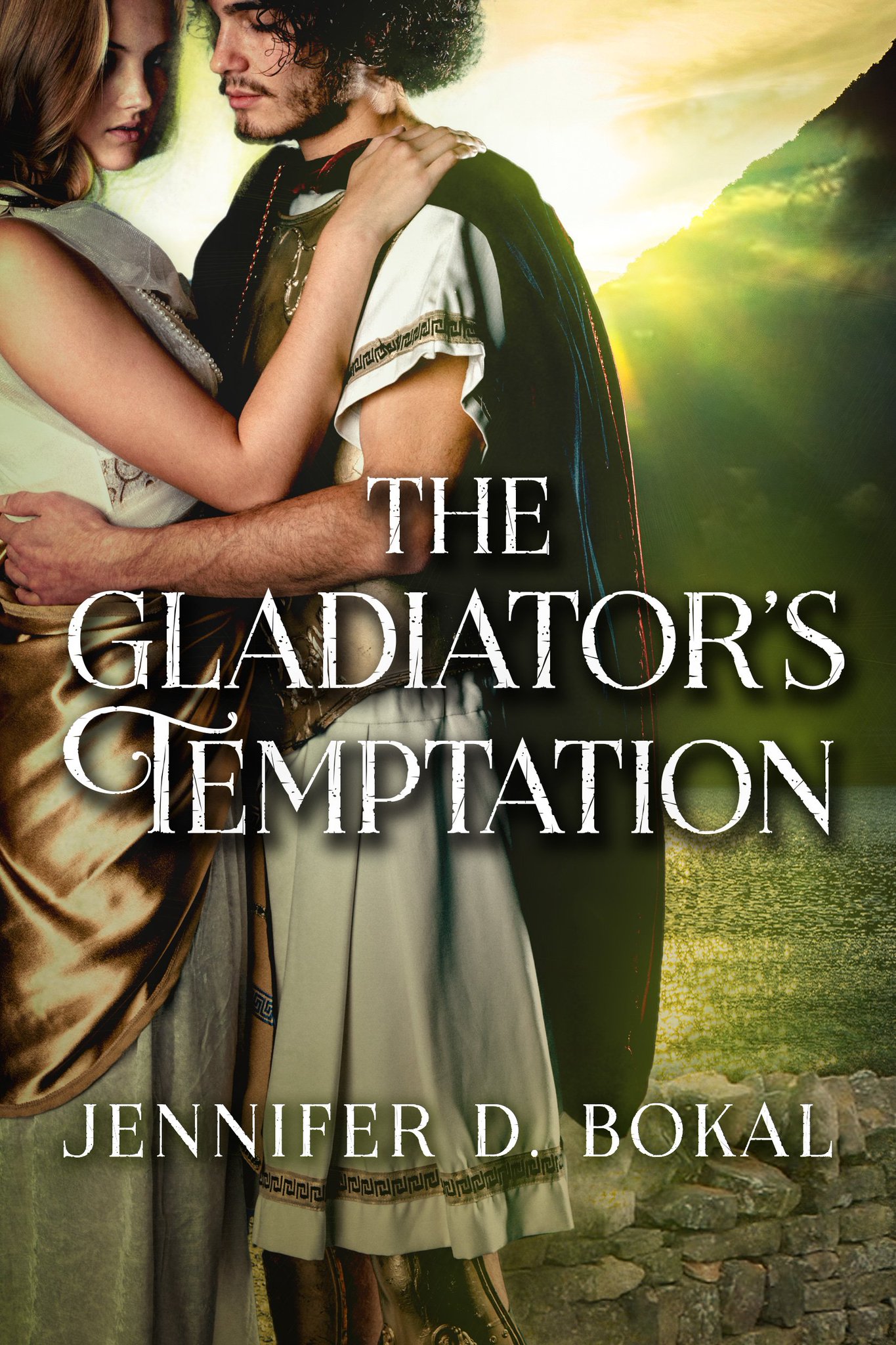 I gave it five stars ~ A suspenseful and steamy read!

I loved the first book in this series and the second didn’t disappoint. The Gladiator’s Temptation is suspenseful and steamy, with even more action, and not just in the gladiatorial arena.

Baro is a true hero – every woman’s fantasy of strength, loyalty, and devotion, wrapped in a sexy man candy coating. And Fortunada is no damsel in distress. She holds her own, fighting for her life as she makes the long journey to reunite with her children, after their father takes them away; even though by doing this, it means returning to an unfaithful husband she no longer loves. It also means giving up Baro, who has sacrificed everything to be with Fortunada. The Gladiator’s Temptation is an exciting read, that’s hard to put down. I love the way Jennifer D. Bokal immerses the reader into the world of ancient Rome, with historically accurate details of what everyday life was like in that time. She is definitely an author to watch.
Posted by Michaele Stoughton at 5:06 PM No comments: 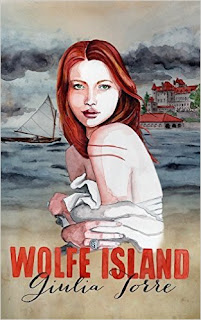 I heard Giulia Torre do a short read of Wolfe Island at a local event and had to get the book. I hadn't read anything from this time frame before, but I was drawn in by the author's lovely description of the scenery and lifestyle.
Meredith is a spunky, go-getter, who doesn't always follow the rules. She was fun and lively, and so likable. I love Tristan! He is handsome, refined and a powerful businessman. But the thing that makes him even more attractive is how different he is when he's with Meredith. He softens. He loves her for who she is, even though she may not fit the mold of who a man of his stature should be with.
This was a fun read. Meredith will make you laugh and Tristan will make you swoon. I look forward to the next book in the series.

Posted by Michaele Stoughton at 9:00 AM No comments: 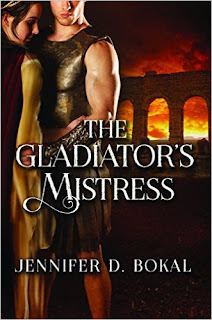 This was a new genre for me, but I heard the author do a short reading at our local library and I just had to get the book. I thoroughly enjoyed it! I loved the author's description of ancient Rome and its people. I had no problem imagining what life was like in that time -- and how difficult it was to survive, let alone be happy.

The Gladiator's Mistress has plenty of action, with battles in the arena. Loads of tension, with Phaedra and Valens fighting their forbidden attraction. And steamy romance. I want a Valens of my own! I thought all the characters were well developed, likable and perfectly flawed. I even found myself sympathetic to the antagonists because the rules and their reasons were always clear.
I was happy to hear Ms. Bokal has a second book in the series coming soon. I will be snatching that one up as well!
Posted by Michaele Stoughton at 8:17 PM No comments:

Pleasantwick has a book trailer!

This was my first experience with book trailers. It was kind of fun. I learned a lot. What do you think?

Here are the websites I used for free music and photos:
http://www.freeimages.com
http://www.freedigitalphotos.net
http://audionautix.com
I manipulated the photos using GIMP 2

Posted by Michaele Stoughton at 1:51 PM No comments:

Our book club chose Miss Peregrine's Home for Peculiar Children as our October read, expecting a creepy, haunting thriller. It was not. And that was the most disappointing part of the book for me. I really hate when the back cover blurb is misleading. I might have felt completely different if I'd known what to expect -- or in this case, not expect.

I thought the writing was very good -- similar in style to John Green. I enjoyed the characters and their strange abilities, and the photographs were a fun addition to go along with the read. However, I found the pacing a little slow at times, and the ending a little abrupt.

Miss Peregrine's Home for Peculiar Children is listed as young adult, but I felt that the story telling and characters seemed geared more toward middle grade/younger teens. I'll probably pick up the second book, but I'm definitely not in a rush.
Posted by Michaele Stoughton at 12:33 PM No comments:

Subscribe to my newsletter for the latest news and specials